Man United experienced a disappointing draw against Aston Villa but still contributed a name in the typical squad of the Premier League 2021/22 series that took place over the weekend.

The best line-up of the 22nd round of the Premier League according to Sofascore . 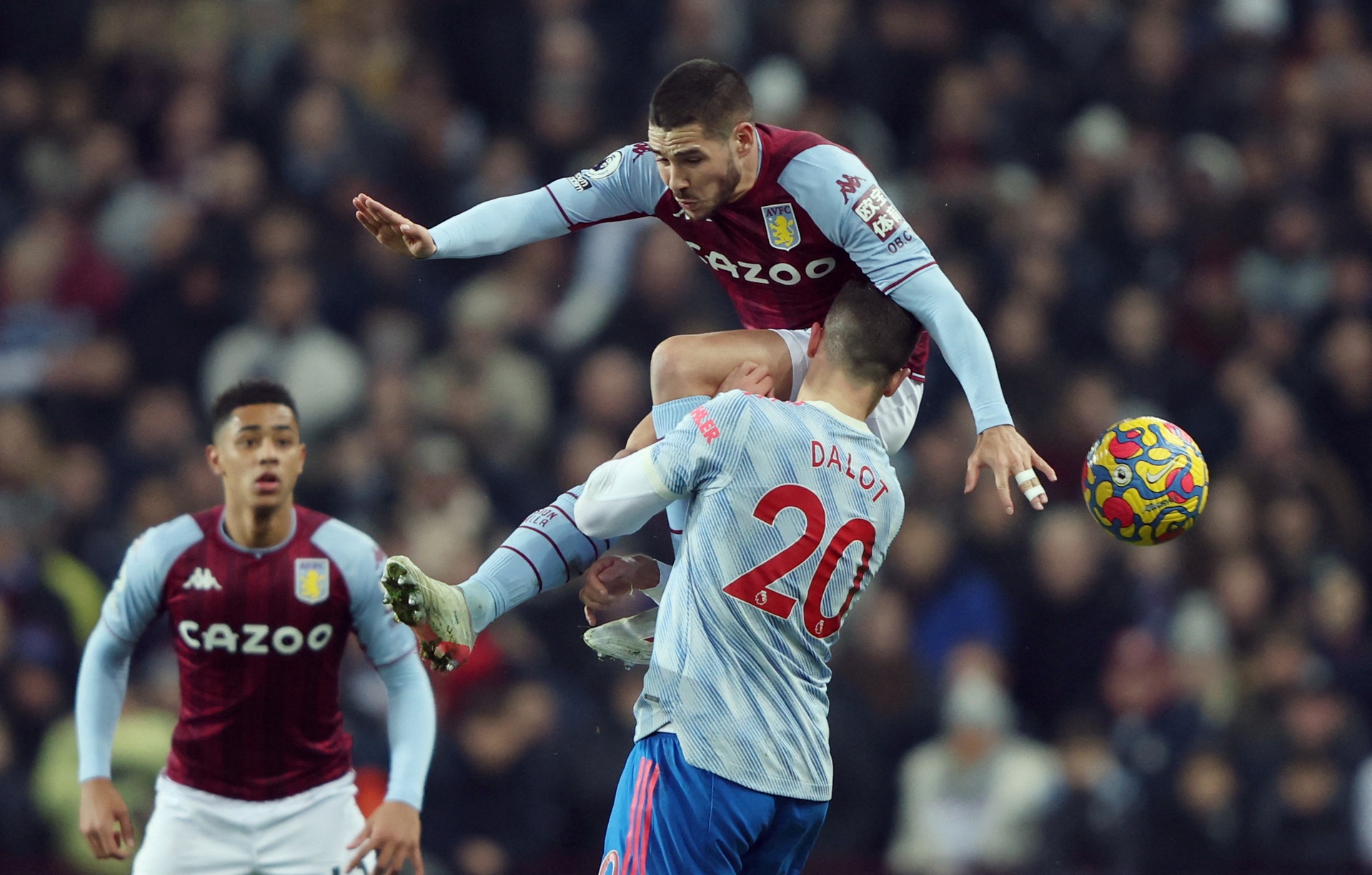 Emiliano Buendia (Aston Villa): Buendia is present in every hot spot on the pitch. He owns a 100% successful pass rate, won 10 disputes in the match against Man United, accompanied by 2 shots on target and 4 passes to create chances. 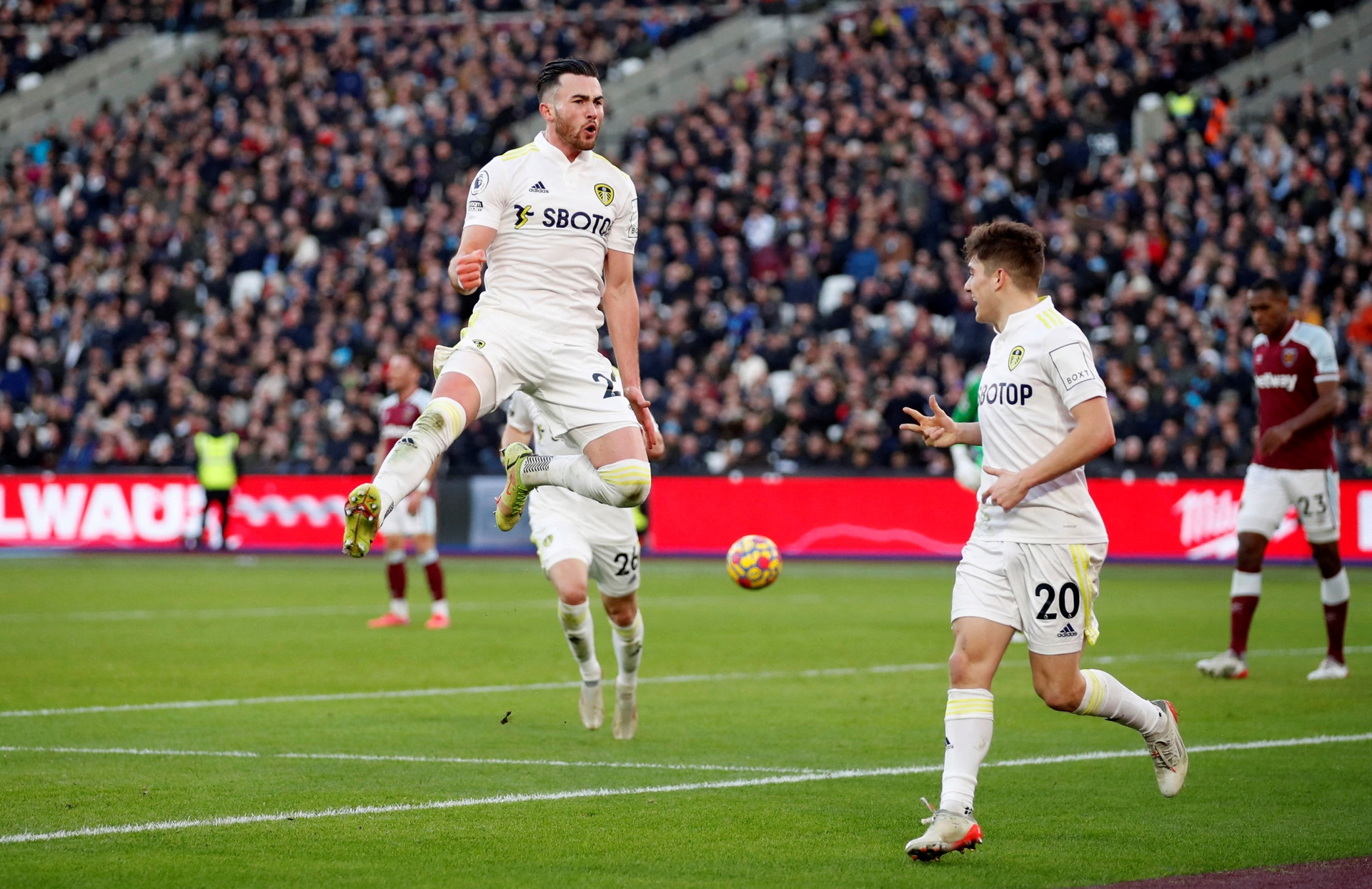 Jack Harrison (Leeds): Harrison shines brightly with the first hat-trick in his career. The player born in 1996 helped Leeds take an important step in the relegation race by knocking down the club standing in the top 4, West Ham 3-2 right away. 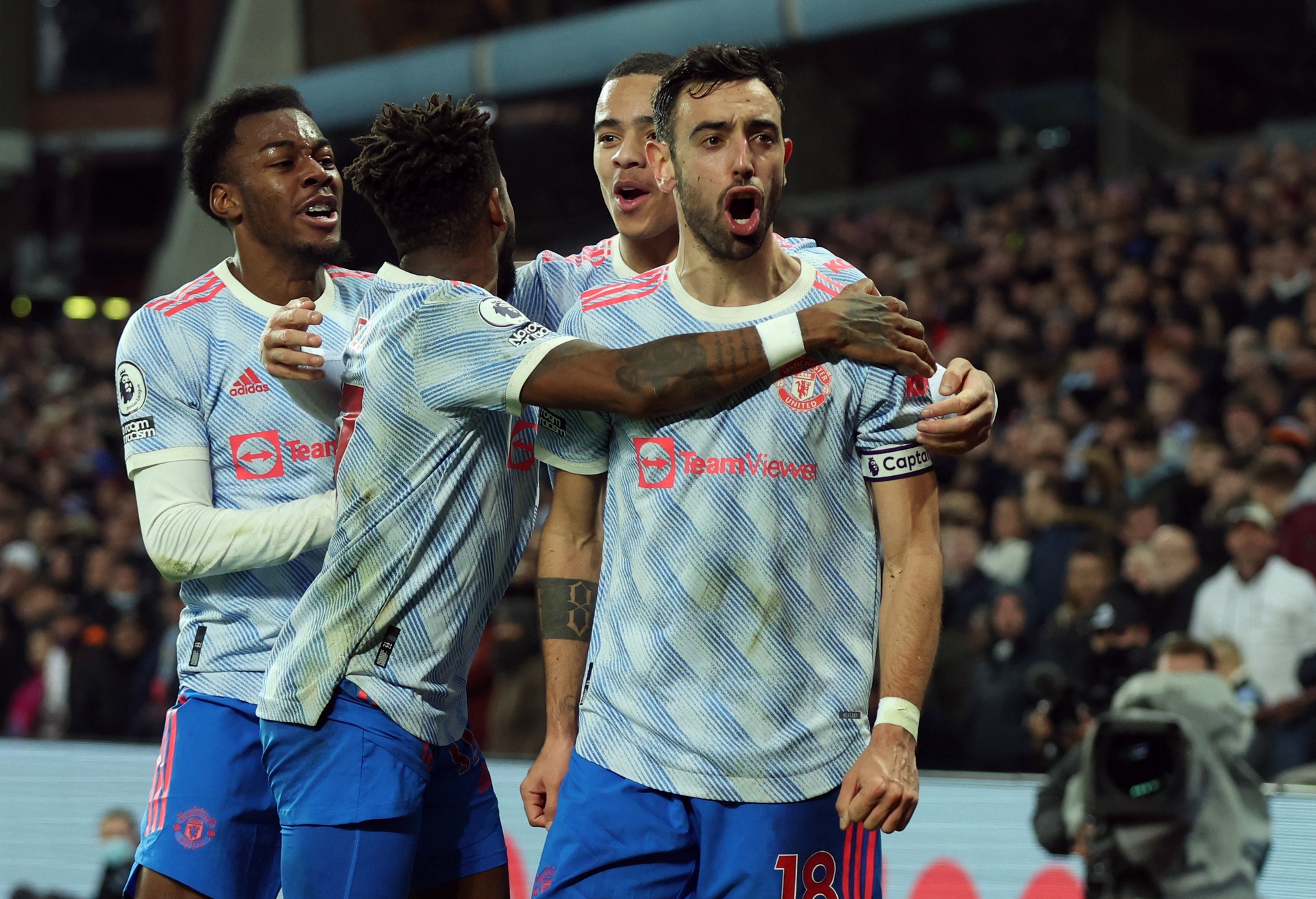 Bruno Fernandes (Man United): The Portuguese midfielder took 2 shots in the match against Aston Villa and both turned into goals. Since February 2020, Bruno has contributed to 55 goals in 70 Premier League appearances (33 goals, 22 assists). In the same period, the number 18’s achievement is only inferior to Mohamed Salah (contributing in 63 goals). 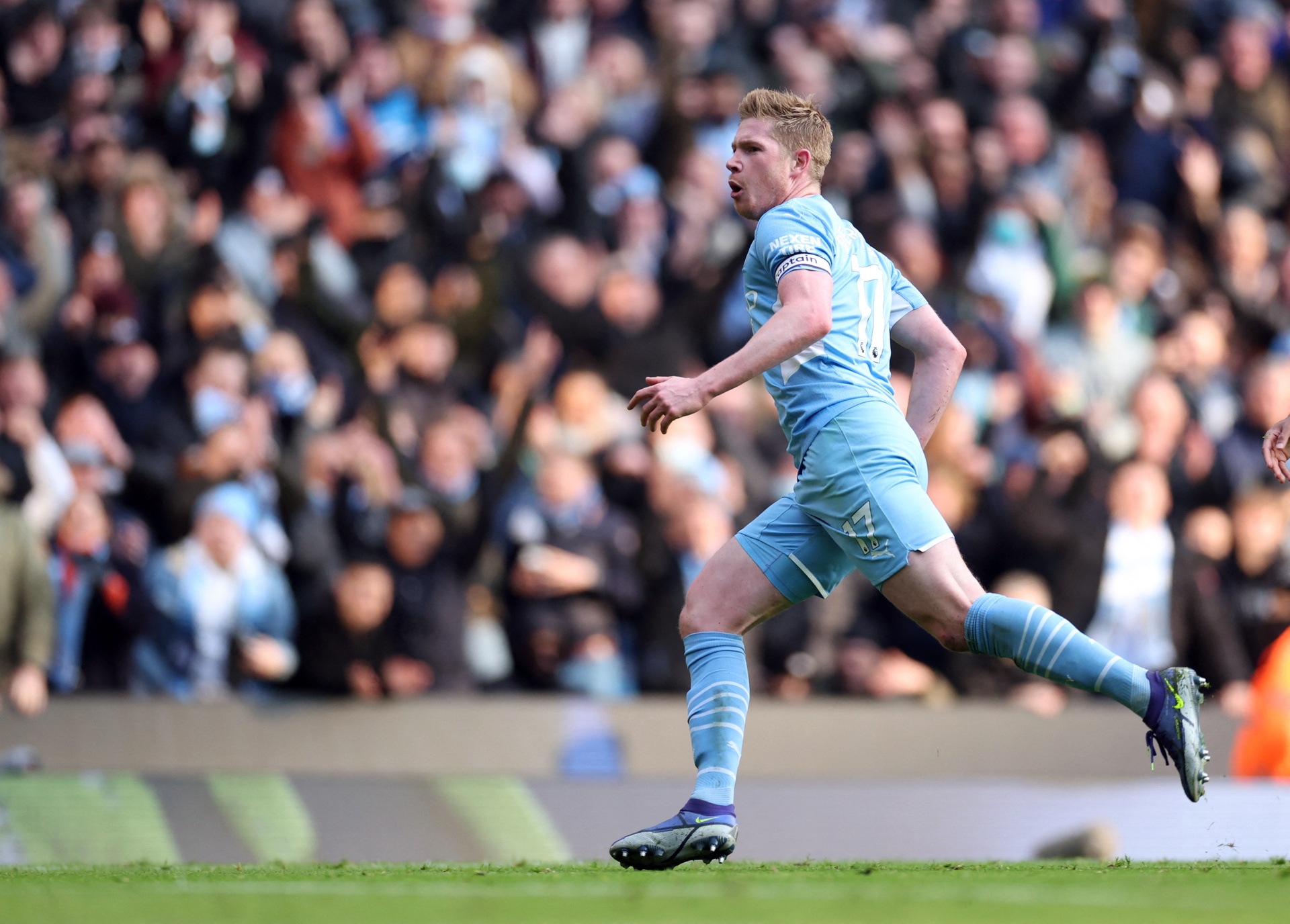 Kevin De Bruyne (Man City): The Belgian midfielder played elegantly in the middle of the field and directly shone with a high-class solo goal to help Man City break through in the race for the Premier League title. Since the 2015/16 season, De Bruyne has scored 21 goals from outside the box, more than any other player in the Premier League. 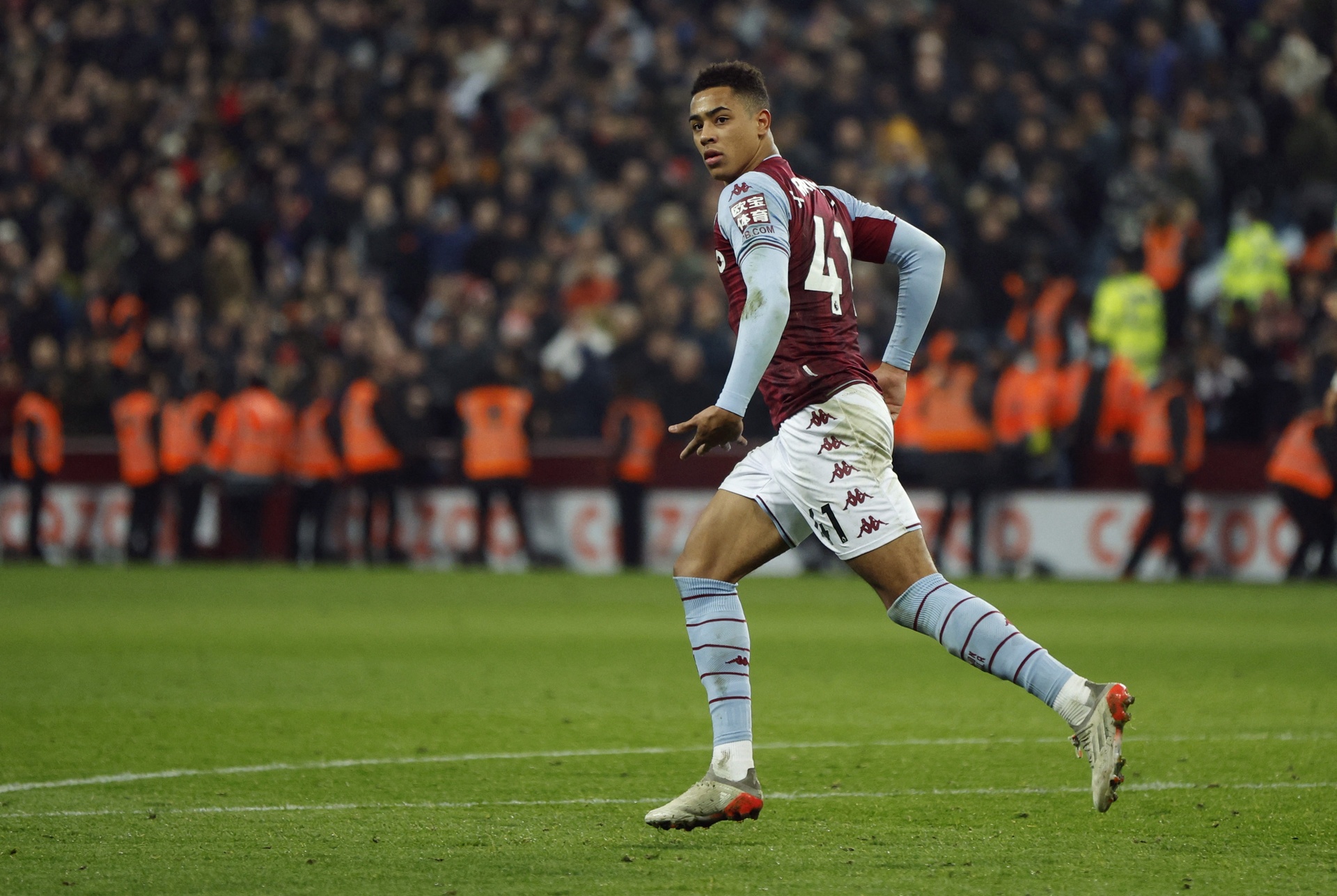 Jacob Ramsey (Aston Villa): The young star born in 2001 had an impressive day against Man United. He directly scored to shorten the score, then assisted Coutinho to set a 2-2 draw for the Villa Park team. 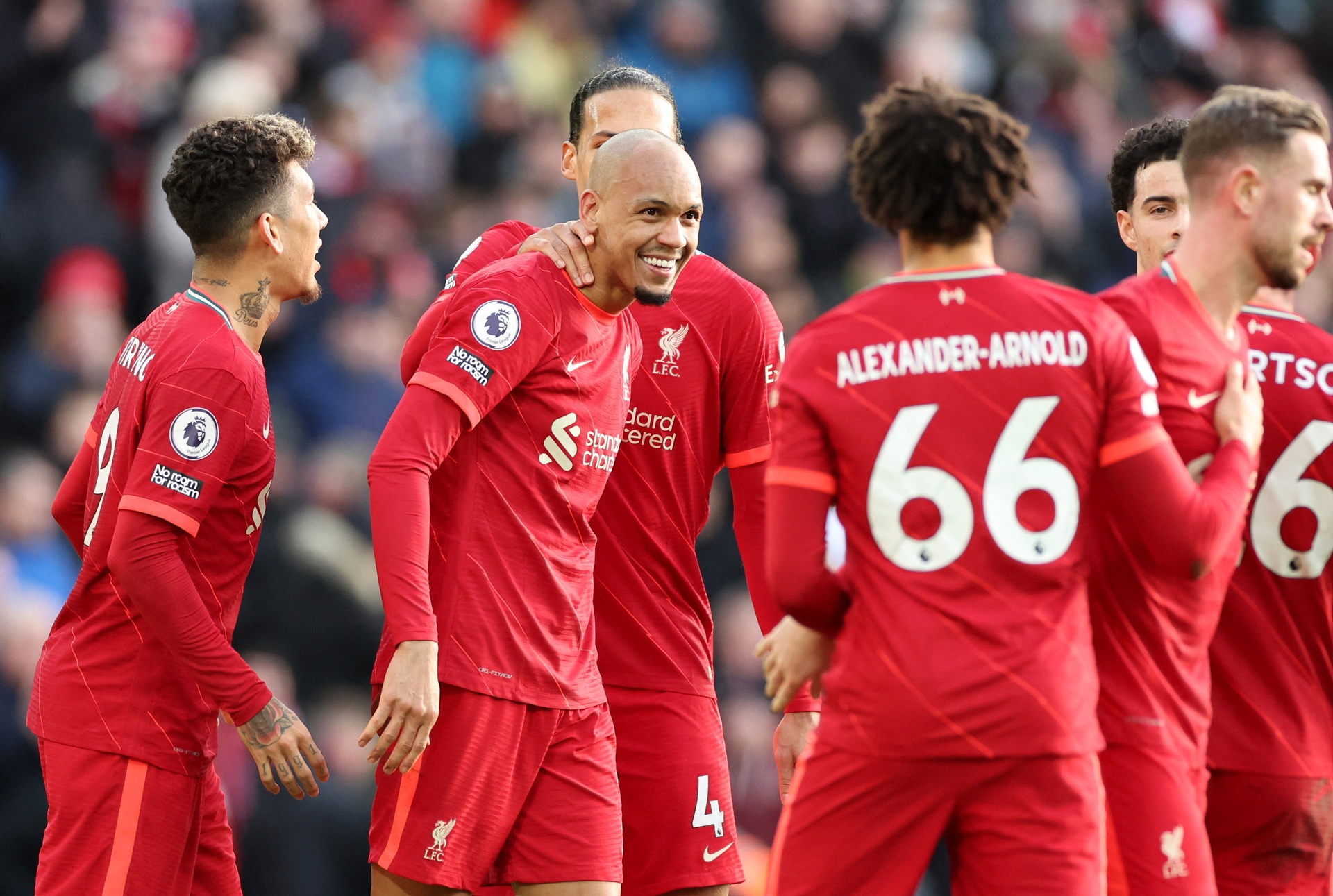 Fabinho (Liverpool): The Brazilian star helps the home team to completely control the game in the rematch with Brentford. In addition to a 91% pass accuracy rate, and 7 aerial victories, Fabinho also opened the 3-0 victory of “The Kop” with a header to open the scoring in the last minutes of the first half. 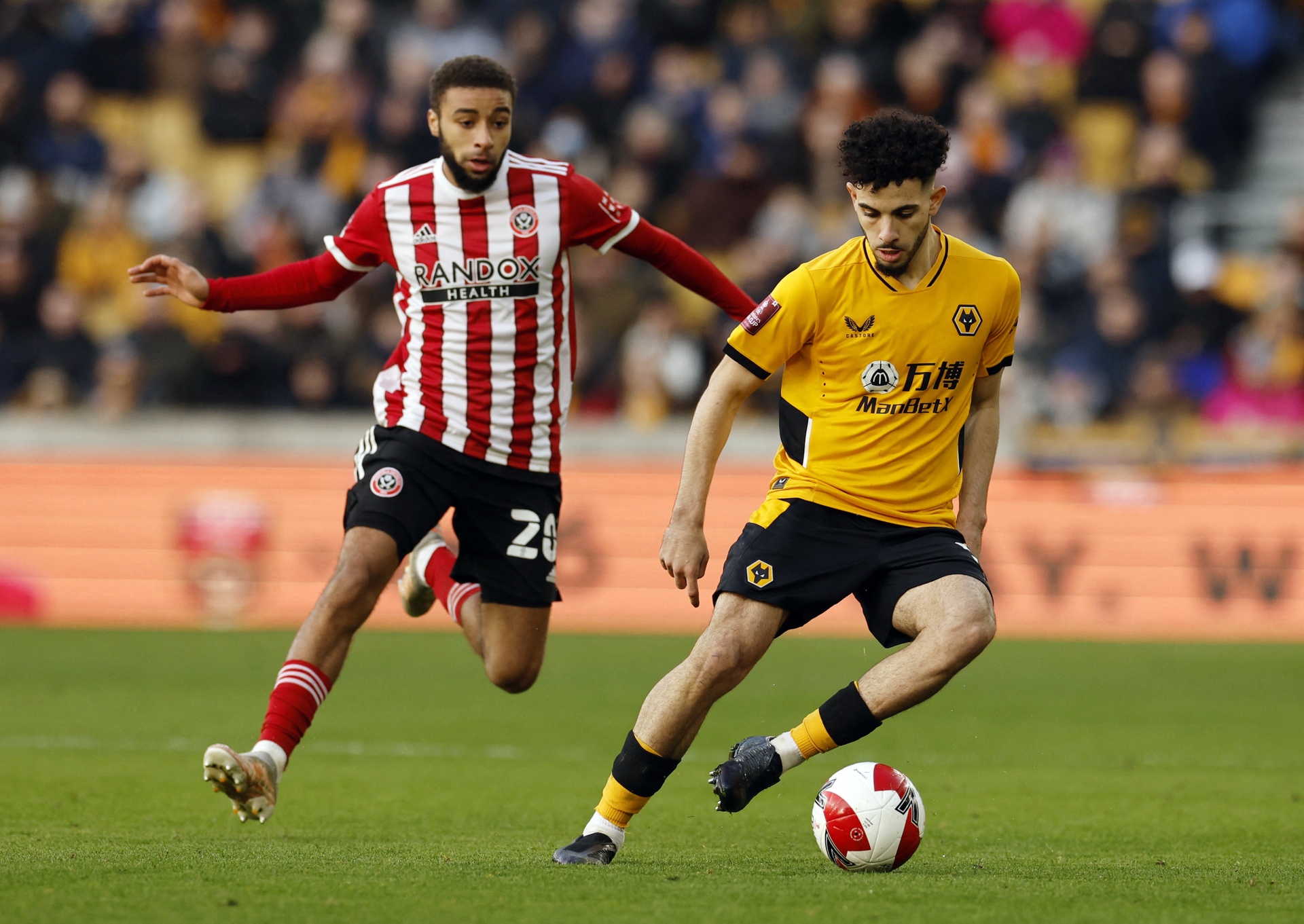 Rayan Nouri (Wolves): The 21-year-old player is active on the left wing and effectively supports the attacking front of the “Wolves”. Nouri created 2 delicious opportunities and one of them helped teammate Adama Traore quench his thirst for goals that has lasted since the beginning of the season. 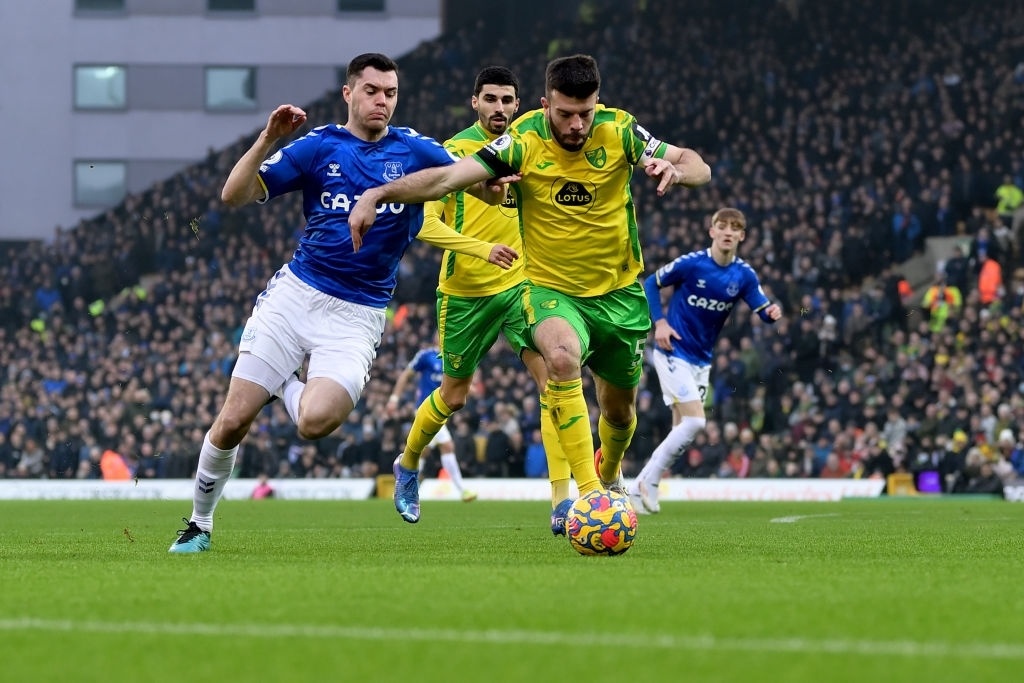 Grant Hanley (Norwich): The Scottish midfielder made 12 clearances in the 2-1 win over Everton. This is an achievement that no defensive player in round 22 can reach. In addition, Hanley also owns many impressive statistics such as 100% air victory, 75% dispute victory, 2 shots blocked. 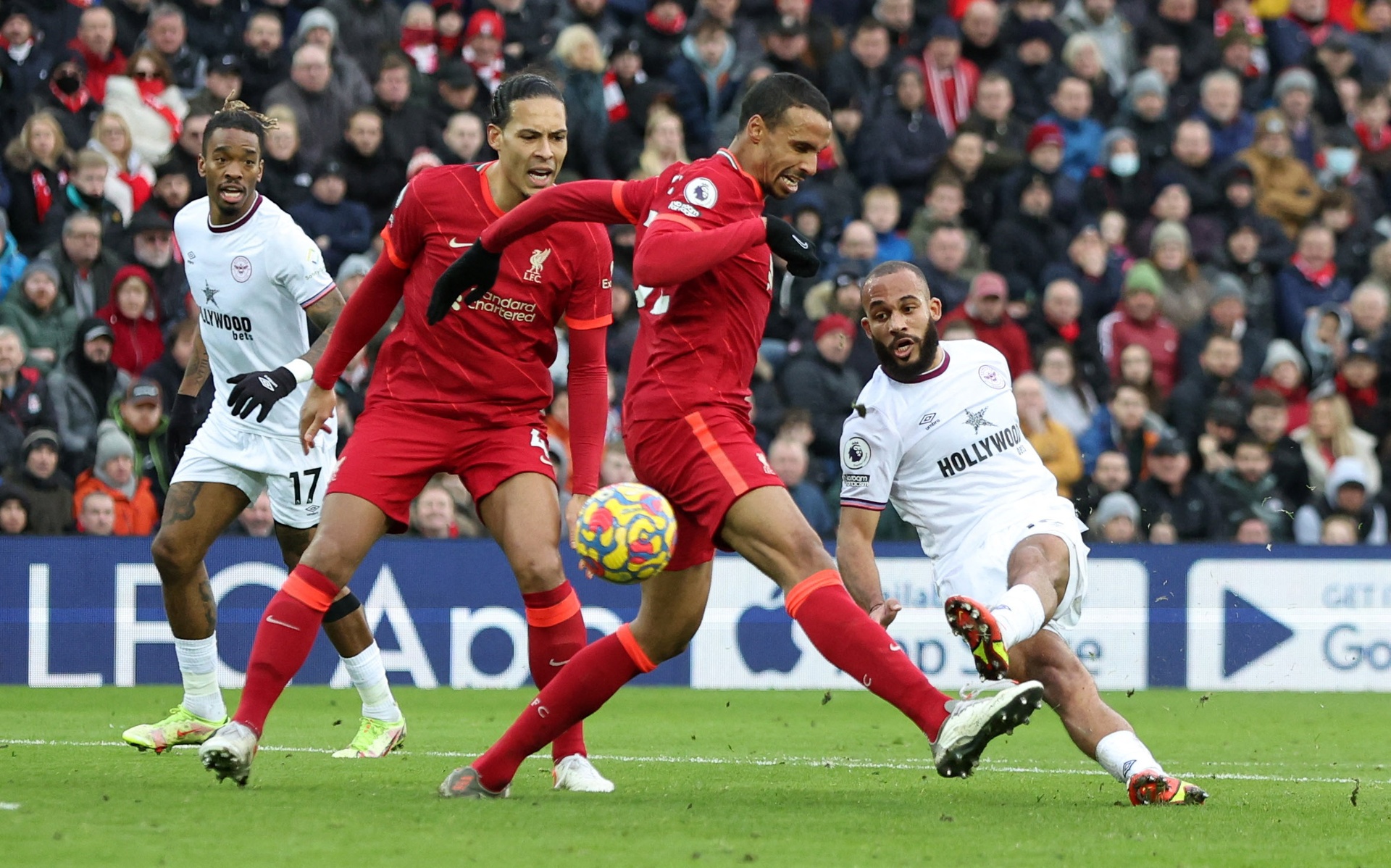 Joel Matip (Liverpool): Matip touched the ball the second most in the win against Brentford (89 times), just behind captain Jordan Henderson (102 times). He made 6 long accurate passes, 6 wins in the air and actively supported his teammates to put pressure on the away team’s defense. 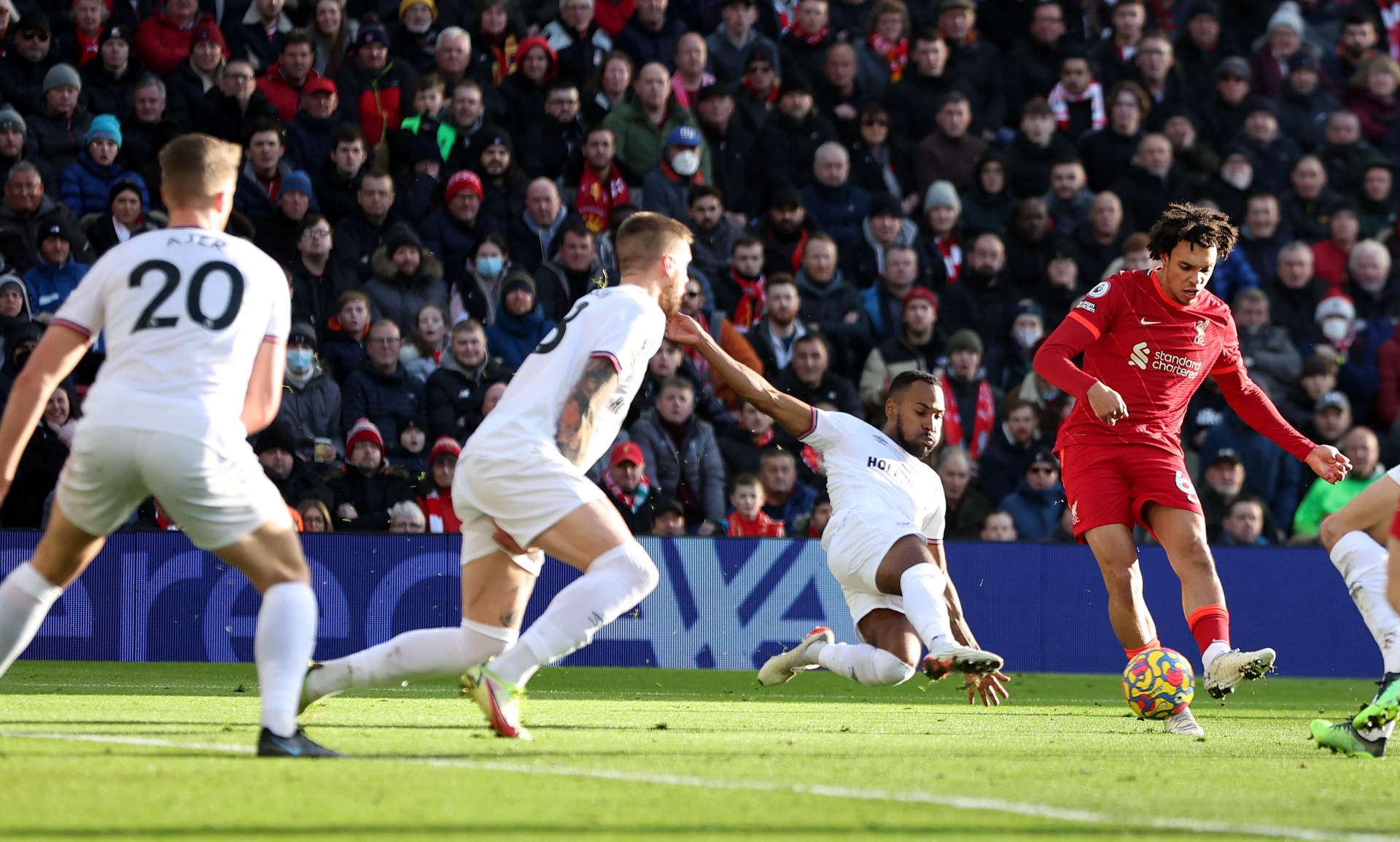 Trent Alexander-Arnold (Liverpool): The English player acts as a midfielder in the match against Brentford. With the assist for Fabinho, Alexander-Arnold has provided 42 assists since the 2018/19 season. In the top 5 European leagues, his achievement is only inferior to Thomas Muller (64 assists) and Lionel Messi (47 assists). 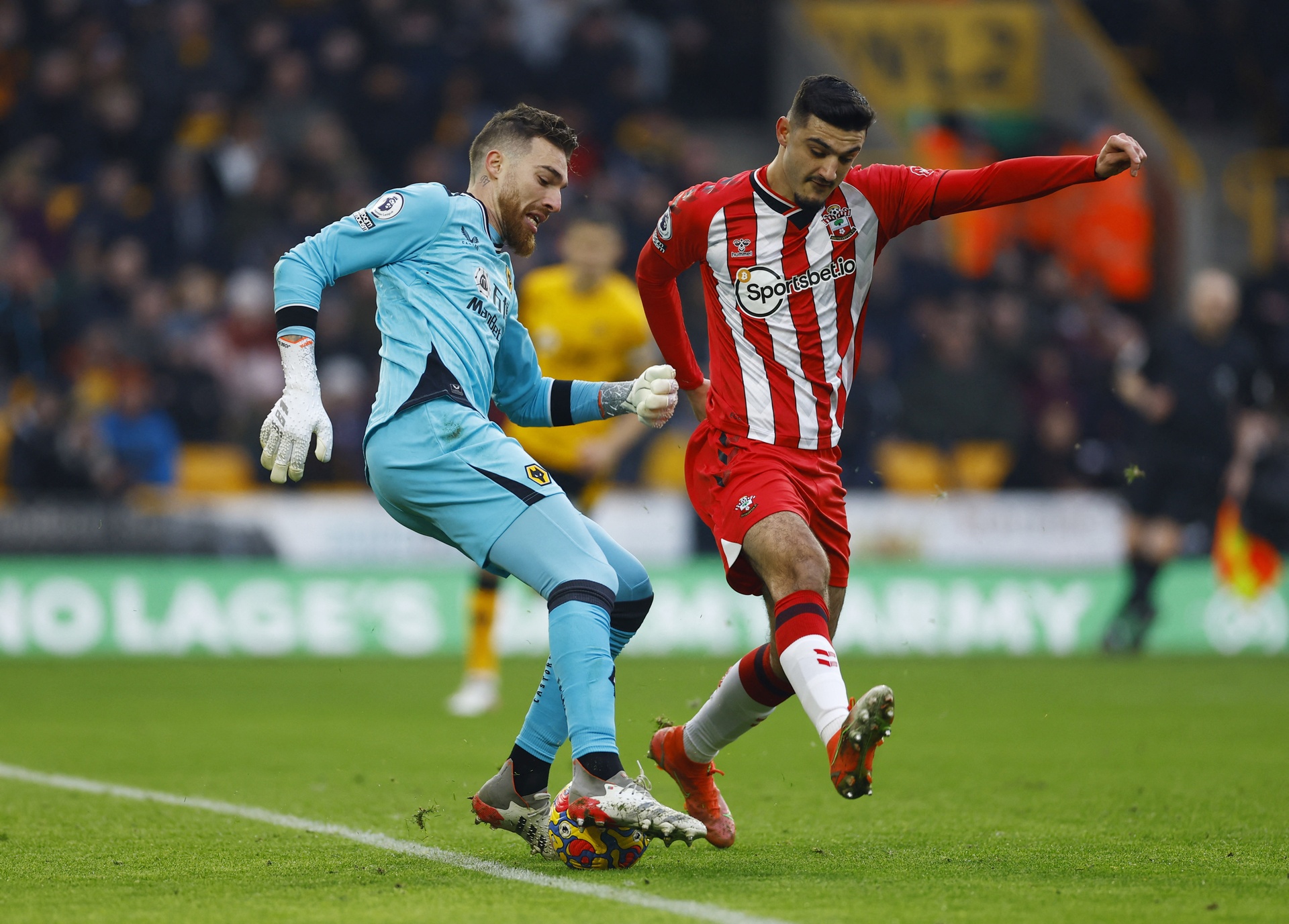 Jose Sa (Wolverhampton): Sa’s impressive form is one of the reasons for Wolves’ revival. The Portuguese goalkeeper made nine saves in the win over Southampton, seven of them from shots from inside the penalty area by the visitors’ line.